IRPF, the income tax in Andorra

One of the andorra's most important taxes is personal income tax. With an effective rate that never exceeds 10%The Andorran Tax on Individuals Income stands out for being one of the lowest in Europe despite maintaining the principle of progressivity like other countries. In this article we will deal in detail as one of the most controversial taxes, and one of the newest in Andorra as well, since entered into force on January 1, 2014 and, until then, there was no income tax of people.

What is personal income tax?

Simply and generally, income tax is generally calculated as the product of a tax rate multiplied by taxable income. The tax rate usually varies according to the type or characteristics of the taxpayer, and especially increases as taxable income increases (graduated or progressive rates) and this usually divide by sections or bands.

Further, the rate also usually varies according to the origin of the income (wage labor, capital gain, etc.), taking into account the overlap with other taxes. To modify the total amount stolen from the taxpayer, the jurisdictions can basically do two things:

For this, they usually use a whole network of classifications and exceptions (measure of income, minimums, exemptions, bonuses, reductions, deductions, etc.) that change both as it sees fit. The tax law, like almost all laws, grows as legislators modify it to "try" to make it fairer, to stimulate a sector of the economy or simply to increase income.

In addition, various types of tax credits are also often given that reduce taxes. This tax was implemented in Andorra as an approval measure during his transformation and international opening with the sole objective of blacklisting, negotiating treaties and collaborating with other countries in the world, and that is why it is extremely light anyway. But before going into details let's look at a little history of the tax.

Although they try to convince you otherwise, taxes are always created because the state believes that it spends little and that its citizens earn too much. Formerly it was mainly about expenses in warfare and currently said spending is supposedly in social programs and to give moral justification (although it is still to finance warfare as well).

It is therefore not surprising that the modern income tax originates from the United Kingdom of 1799 to be able to pay and cope with spending on arms and army british for the French Revolutionary War. Specifically, this income tax was introduced by Prime Minister William Pitt the Younger at the suggestion of Henry Beeke, future dean of Bristol, in his December 1798 budget.

If we look at the United States, for example, we see that the cause was the same. The federal government of The United States imposed the first personal income tax in 1861 to pay for its war effort in the American Civil War.. However, it was not until 1913 that it was imposed as a permanent element of the tax system with the Sixteenth Amendment to the United States Constitution that made income tax a permanent element in the American tax system, although this tax had nothing to do with the monstrous tribute today.

The Andorran personal income tax is therefore the tribute that taxes the income of people who are tax residents in the Principality of Andorra. Through personal income tax, all income subject to tax is taxed regardless of where it was produced and the state where its payer is established. That is, the worldwide Income obtained by the Andorran resident taxpayer.

Thus, for example, border workers, whose incomes are subject to the income tax of non-tax residents (in special regime) are not considered tax residents in Andorra.

Tax resident physical persons in Andorran territory have the obligation to file the declaration of the tax, in the following cases:

Exempt income, whether they are income from work, income from movable capital or capital gains and losses (such as stock market operations) must not declare. The Andorran personal income tax is divided into two large taxable bases: the general base and the savings base. Thus, the following types of income are subject to personal income tax.

Although the general tax rate for personal income tax is 10%, on the general basis there is a minimum personal taxation of € 24,000 for each taxpayer, and a bonus of 5% for incomes between € 24,000 and € 40,000 that are applied in the same amount for a maximum of € 800. So, for a single person the taxed income would result:

This means, for example, that:

Instead, on the basis of savings (capital gains, dividends, interest, etc.) there is only an exempt minimum of € 3,000, although it should be noted that dividends obtained from Andorran companies are exempt from paying this tax, thus also maintaining the rule that the maximum effective rate (including tax overlap) is 10% (in this case for Corporation Tax). As we can see, despite the fact that the general tax rate is 10%, with the bonuses you never get to pay that general rate, approaching it more and more the more annual incomes are declared.

This is a very important advantage, since for example in Spain the personal income tax in 2020 for a single comparable single person is divided into 5 sections that tax income from a rate of 19% for the first € 12,450 to one of 45% for income over € 60,000. In addition, the predictions and prospects of the Spanish government is to continue increasing them, especially the highest tranches.

Finally, it should be noted that additionally, there are certain deductions and bonuses that decrease effective taxation. From personal and family, habitual housing expenses, contributions to pension plans, etc. up to deductions to eliminate internal and international double taxation and those for new investments and job creation. So it is important to have tax experts who can provide international tax planning and optimize its performance with strict compliance with legislation.

The payment period for this tax is from April 1 to September 30. Thus, the taxpayer who has to do so must file the personal income tax return between the April 1 and September 30 of the financial year after which the declaration is made (in 2020 the 2019 statement).

Regarding withholdings, payers of income from work and income from movable capital have the obligation to practice the corresponding withholding, and pay it to the ministry in charge of finances. According to the origin of the income and taking into account the reductions and discounts to which the obligor is entitled, some withholdings or others should be applied, ranging from 0% for wages less than € 27,000 to 7% for wages of more than € 150,000. In any case, we recommend treating it professionals who provide good fiscal, legal and accounting services.

Although it is not part of the personal income tax, we will also dedicate a section to this tax that, as its name indicates, taxes the income obtained from Andorra by those who do not reside fiscally in the country (people who perform specific services in the Principality even without residing). Examples of these rents can be those obtained from repairs, maintenance or other professional work, advice, studies, projects, technical assistance, training, conferences and shows.

The amount of the tax to pay in general is 10% of the amount of the invoice paid, although there are some reductions to take into account, as well as the withholdings to apply. Finally, it is clear that dividends, interest and other income from movable capital and the international sale of merchandise do not pay this tax.

In conclusion, andorran personal income tax is ideal: it is progressive according to the income obtained but being very far from becoming confiscatory (maximum effective rate of 10%). However, it has quite a few details to which attention must be paid to strictly comply with the legislation and optimize the performance of the rents, both nationally and internationally.

At Andorra Insiders we collaborate among others with the best advisory, consulting and management firm in the country, counting on authentic experts who will bring you these topics in the best possible way according to your own case and situation. So, you can come to live in Andorra o create your company in the Principality carefree and calm, with the assurance that everything has been done correctly. Can contact us and request a proposal here, and can read all the services we offer here. Thanks for reading. 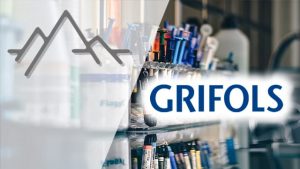