In this article we will approach the history of the last great Andorran transformation: its international economic and legal opening, its modernization and its determined commitment to attract innovation and foreign capital.

Table of Contents Hide index
1 A little history
1.1 A little tap
2 First international opening
3 The case of the BPA (Private Bank Andorra)
3.1 An image problem
4 Second part of the reforms
5 Conclusion and results

Andorra has been a very prominent country, especially in the last half century. Already in the hippy years of 1960, in the midst of the Cold Wars military and atomic escalation, in the United States he praised the long tradition of peace, neutrality and demilitarization of the Pyrenees Principality. The reason was that Andorra spent 4 dollars and 90 cents a year on weapons and, unlike other major countries, it was a safe country.

Furthermore, in this decade Andorrans experienced a huge increase in your quality of life thanks to trade (favored by its status as a tax haven and by smuggling) and tourism, with sports facilities already being developed for skiing. The need for labor produced by the economic success caused a strong immigration from Spain and, to a lesser extent, from Portugal, which would end up outnumbering the national population.

It was not until 1993 when Andorra was a democratic and non-feudal regime. In that year, the second written Constitution of its history was approved in referendum, which created a modern parliamentary system of government and on July 28 of that same year, Andorra became a full member of the United Nations.

However, despite Andorra continued economic and demographic expansion (of non-national population) since the 1960s, it always maintained a special restriction on nationality as well as a latent discrimination against non-nationals. These limitations on the basic rights of residents of Andorra were criticized for their discriminatory nature and anachronism and constituted the greatest obstacle to Andorra internal stability and social well-being.

They were not only denied the right to vote and political participation. They were also restricted from participating in unions, and they could not be presidents of a private company or have more than 33% of their share capital. It is a fact that he could afford it, as the status of a tax haven with a flourishing economy and established commercial traffic and tourism was more than enough to attract foreign residents.

This paradise located between France and Spain, however, was not perfect. With a concentrated economy, protectionist and highly influenced by its neighboring countries, Andorra suffered the world economic crisis and the Spanish in particular. They had their bubble and subsequent puncture, and real estate, and all the economic sectors were hit more or less hard, although their three most important horses, the financial sector, commerce and tourism, held up quite well.

The fact is that they had understood for years in the Principality that had take action, and embarked on a path of reform to start a new and more prosperous era. Andorra would no longer be the same and its changes continue to develop even today, advancing in the economic diversification and opening its doors to this increasingly globalized world.

The first measure adopted in this regard was the tax information exchange agreement with Spain, signed in 2010. The agreement allowed them at the end of the year exit the list of tax havens in Spain. That year, the taxes on income from economic activities (IAE), on income from non-tax residents (IRNR) and on corporations (IS) are also approved. Andorra knew for the first time what real taxes were.

The following year Andorra closed an agreement by which since 2011 it is off the OECD blacklist of tax havens and since 2012 on the gray list, partly forced by the circumstances of the world crisis and signed the Monetary Agreement with the European Union to establish the euro as official currency in the country of the Pyrenees and thus approach positions.

In 2012, a single advance was made in this regard, but perhaps the most powerful of all, especially in terms of economic openness. Andorra enacts one new Foreign Investment law to attract foreign investment and diversify its economy. This measure largely liberalizes investment in the country to non-nationals, greatly limiting the historical discrimination they have suffered.

With this reform, the limitation to companies with more than 50% of foreign capital is lifted, thus ending the typically Andorran figure of “prestanoms”, which is how the figureheads with whom the restriction on foreign investment had been avoided for years were known. Also, it liberalized the exercise of liberal professionals for non-nationals.

Following the time line, during 2013 and 2014 Andorra took a series of decisions towards its homologation with Europe. Already in January 2013, Andorra first «VAT», the IGI (general indirect tax), comes into force. Then in October, it agrees to establish fiscal measures equivalent to those of the EU, and in November it signs an agreement for mutual assistance in tax matters with the OECD. Finally, in April 2014, the Individual Income Tax was approved.

The case of the BPA (Private Bank Andorra)

Everything was following its course for 2015, and the Principality signed in January with Spain a non-double taxation agreement. The problem was when in March of that year, the Anti-fraud department (Fine) of the United States Treasury accused the Private Bank of Andorra (BPA), one of the largest banks in the country and with 100% Andorran capital, of money laundering.

The threat of the United States to cut all financial relations with the bank made that neither correspondents nor other entities wanted to relate to it anymore. When, within a few hours, his operations collapsed, he was intervened. As the Andorran government leaders said, BPA died that day, and almost took the entire Andorran financial sector with it, which at that time represented 24% of GDP (now it is less).

Behind this, the Andorran Government transferred the case to the Prosecutors Office and the Andorran Finance Institute (INAF), which closed the BPA, and proceeded to transfer its healthy assets to another bank. This bank, All Band, entered the auction and was acquired by a US fund. In addition, Andorra anticipated the adoption of European entity resolution regulations and commissioned an audit of PwC to separate suspicious clients.

We will not go into more detail on this case, but the point is that although the resolutions were forceful and Fine ended withdrawing his accusation, andorra image ended up severely damaged, and even more after the rumors and prejudices of smuggling. In the words of the Foreign Minister of yesteryear: “In Andorra, we are not going to deceive ourselves, we have an image problem. Either they don't know us, or unfortunately they know us from the past. ”

This, of course, had its good part and its bad part. Because how to solve an image, opacity and corruption problem after applying the appropriate measures? With a policy of transparency, surveillance and integration in the European environment. Let's say Andorra was struggling to remove that annoying tax haven label but it was not going well.

Furthermore, it was not only a financing problem as Andorran banks lost credibility, because it reduced the results of opening up to foreign investment as the banks became very strict, slow and cautious when it came to opening bank accounts to companies.

And being a country that has balanced public finances, debt at reasonable levels, which deserves recognition from rating agencies after years of crisis, and after the effort in tax matters with double taxation agreements with France or Spain they were still, socially stained. This brutally accelerated a reform process that the country needed to fit into today world.

Second part of the reforms

So, in the legislature they got down to work. In November of that same year, Andorra signed with the EU the agreement for the automatic exchange of tax information it had previously drawn up with its neighboring countries, and in 2016 the non-double taxation agreement with Spain entered into force.

After closing the BPA case with the sale of its assets to a US fund, Andorra completely eliminated bank secrecy in January 2017. Since then, the five banking entities have been obliged to collect the information of all their clients, who must share it with Spain and the rest of the countries with which there are agreements.

Subsequently, an agreement with the EU began to be negotiated to access its market and internationalize, the procedures for accession to the International Monetary Fund (IMF) began, and the fiscal crime was typified for the first time. Also, a new money laundering and terrorist financing law and a new insurance law were enacted, among other tax and financial regulations.

These measures generated their results in 2018, when after reforms in the Corporate Tax law to modify and eliminate some bonuses, the ministers of economy and finance of the European Union (Eco fin) agreed that Andorra definitively leave the gray list of tax havens, considering that the country has a cooperative jurisdiction in tax matters.

In that same year, it was written a labor and union reform in depth, lengthening maternity leave, reducing severance pay and regulating the right to strike.

The results of the reforms are being quite positive, which drives new measures in this direction. A constantly growing population and GDP, with more than 9,000 established and growing companies, a modern banking system and solvent public accounts add to the very good health system, very attractive fiscal framework o draft environmental reforms to make the Principality a new country.

Andorra has been trying to modernize and adapt to this connected, changing and globalized world for more than a decade. With its pluses and minuses, has managed to carry out a series of reforms that have completely changed the country. They are right now in that strange adaptation phase, having a hard time getting used to exposing themselves to the world after so long in protectionist obscurantism and isolationism.

If they achieve their objective, and it is a fact that they are gradually achieving it, they can become a society fully open to foreigners (with freedom of movement of capital, people and goods), internationally approved, respected and valued, and with a tax and legal framework of the most attractive in the world. An explosive combination for success and prosperity.

At Andorra Insiders we believe that now is a splendid time to bet or invest in Andorra, that is why we are here, firm. Now it is your turn to make that decision. If you decide affirmatively, we will be happy to help you in all aspects regarding your establishment in the country. Either for open a business, process the home, advise you, find accommodation or housing, or simply advise you, you can contact us and tell us your case by clicking here. You will receive detailed information on what we offer, customizing it to your situation. 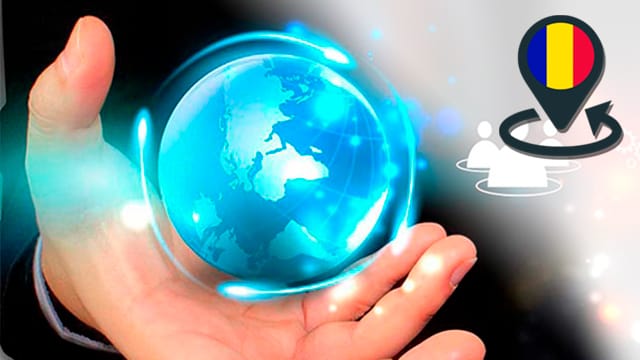