Andorra and the European Union: relations and agreements

Relations between Andorra and the European Union are a bit of love-hate. On the one hand, the Principality longs for its large international market and its facilities in the mobility of capital, merchandise and people. Also its financial institutions and its ability to finance itself and its single currency. On the other hand, however, he rejects its enormous bureaucracy and regulation, its interference with state sovereignty, and its many requirements.

In fact, the inclusion requirements include a strict and highly confiscatory tax approval that would ruin the advantages that Andorra has as a sovereign country and would send it to ruin. This is why in this love-hate relationship, Andorra seeks to find that balanced position that allows it to attract foreign capital and investment while maintaining the ability to decide its legal system.

Is Andorra in the European Union?

Andorra does not belong to the European Union, as we already named in our article on belonging to the Principality. It is not within this organization as a member country of the same and never has been, unlike its neighbors Spain and France. However, international relations between Andorra and the European Union are quite strong currently and fruitful, and each time they are more so.

Specifically, Andorra has been doing for the last three decades with the EU numerous agreements in monetary, commercial and customs terms so that its borders are not an absolute chaos for the simple fact of not belonging to this organization. However, to this day, It is a partial and fragmented legal relationship that makes it difficult for economic operators, workers and citizens of Andorra to interact with the internal market of the EU on equal terms with citizens of a member state of the European Union (EU) or the European Economic Area (EEA).

That is why the Principality of Andorra ensures that close bilateral relations are maintained and strong cooperation with the European Union and the Secretary of State for European Affairs coordinates the negotiation of agreements with the EU, supervises their subsequent application and monitors current EU issues that may be of interest to the Principality.

Being such an important issue in Andorran foreign policy, in this article we will proceed to briefly explain the international legal history between the two.

Already before the promulgation of the Andorran Constitution of 1993, the Principality signed the "Agreement between the European Economic Community and the Principality of Andorra" in mid-1990. This agreement on customs matters entered into force in 1991 and implies that Andorra is treated as a member state of the EU with regard to trade in manufactured products, but not for agricultural products. However, full customs controls were in place on the EU side of the border, as low indirect taxes, especially those on alcohol, tobacco and gasoline, were conducive to smuggling.

Later, In 1997, the Complementary Veterinary Protocol of the Trade Agreement was signed, which entered into force on March 1, 1998. Andorra adopts community regulations on veterinary matters adapted to the specificities of the country, so that the territory of the Principality of Andorra is integrated into the veterinary geographical area of the European Union. Consequently, Andorra and the EU can freely exchange live animals and products of animal origin.

In 2003 and 2004 two other agreements were signed: one for cooperation and the other for the taxation of savings. The first covered the environment, communications, information, culture, transport, regional and cross-border cooperation and social issues. On the other hand, the second was signed after pressure from the EU about offshore business and the prevention of money laundering.

In 2003, France, Spain and Andorra signed another agreement on the movement and residence in Andorra of citizens of third States, coordinating the visa requirements (making Andorra comply with the Schengen visa requirements) and that Andorra accepting entry with the same entry requirements from Spain or France. However this only applied to visitors.

On the other hand, Andorra has a monetary agreement with the EU signed in 2011 that allows it to convert the euro into its official currency and that after some bureaucratic mishaps also allowed it to issue its own euro coins. The fact of being within the region of the European Union just between Spain and France favored an agreement of this style.

The financial and EPS crisis

As we commented in our article on the transformation of Andorra, due to the financial crisis that hit especially hard in this small country the rulers accelerated the process of international cooperation and transparency. This became more evident after the image crisis caused by the case of the Andorran Private Banking (BPA) and the consequent pressure from the EU, finally resulting in the Principality being removed from the OECD's black and gray lists of tax havens. and the European Union.

Behind this, Andorra completely changed its tax, customs and immigration framework, renewed its tax information exchange agreements and intensified its control over the financial system. It also improved the regulations for the prevention of money laundering and an Administrative Agreement for statistical cooperation was signed to adapt and harmonize with the standards set by the OECD and the EU in terms of international tax compliance.

The Council of the EU studied its relationship with European microstates called “fragmented” (Andorra, Monaco and San Marino) and after many debates on how to deal with the relationship with them at an administrative level, in 2013 it published a report concluding that “the participation of small-size countries in the EEA is not considered a viable option for political and institutional reasons ”. A) Yes, a single multilateral agreement was proposed with the three microstates to integrate microstates into the domestic market. Specifically, it was evaluated:

Negotiations for the Association Agreement with the three countries began in 2015, although in Andorra they intensified in 2018. The objective is to establish a legal relationship framework that allows dynamizing, diversifying and internationalizing the Andorran economy through participation in the Internal Market common as a space without economic borders through which goods, people, services and capital circulate freely. For this, it is structured in three blocks:

Thus the negotiations were carried out in three parties. On the one hand, the Government of Andorra represented by the Secretary of State for European Affairs, on the other hand, the European Union in the hands of the European External Action Service (EEAS), and on the other hand, the different negotiating teams from Monaco and San Marino. The agreement assumes the commitment to incorporate the bulk of the «community wealth» into the Andorran legal system (set of European standards in force and that states must respect and apply ) taking into account Andorran specificities.

Implications of the agreement between Andorra and the European Union

The first and most basic implication of the agreement is that Andorra will access the EU Internal Market, with which people, merchandise, services and capital will be able to circulate freely between both. However, the EU will respect the specific needs of the Principality, based on its reduced geographic and demographic size. Thus, Andorrans and residents will be able to produce, study, live, buy, work or retire in any EU country and have full access to any product or service under the same conditions as national citizens of the member states.

More importantly, This market will also open a wide range of opportunities for the Andorran economya, both for consolidated sectors, such as commerce, tourism and financial services, as well as for new activities, such as specialized services and industries with a strong innovation component. Of course, these sectors must abide by the community flow of the European Union that will be incorporated into Andorran law.

On the other hand also it will allow the country to participate in the elaboration of European standards and will reinforce legal security for citizens and companies. Specifically, Andorran people, companies, organizations, entities and institutions will be able to exchange experiences, receive financing and join networks of culture, research and innovation, environment and SMEs, in full equality of conditions with the partners of the European Union.

Will the agreement affect taxes in Andorra?

Since the Association Agreement is an economic and commercial agreement, taxation is not part of its scope. That is why no change in the current tax model or harmonization of taxes is foreseen at the rates applied in the EU. Neither will benefits and social security contributions be harmonized, although national systems will be coordinated to avoid any discrimination to the detriment of foreign workers.

Will physical borders and customs be eliminated?

No, the maintenance of physical borders is foreseen because taxation is not part of the Association Agreement. The free movement of goods means that the EU and Andorra do not apply customs duties or question the technical conformity of the goods that are exchanged. Nevertheless, Due to the maintenance of Andorran taxation at low rates, the presence of physical borders is necessary to carry out the import and export of said merchandise.

In 1993, the EU added as a requirement to the free movement of goods to apply a normal minimum VAT rate of 15% (much higher than the Andorran IGI) and special taxes significantly higher than those of Andorra. Disregarding physical borders would be associated with the need to carry out, among other actions, said fiscal homologation. Maintaining physical borders is therefore necessary to exclude taxation from the draft Association Agreement, and maintain tax autonomy.

Where does the agreement act then?

How will the agreement benefit Andorra?

This agreement will make it possible, among others, to make borders more flexible and trade more easily, so that Andorran citizens can work, reside and undertake, retire, etc. in any country of the European Union on equal terms with nationals, access EU financial programs and instruments, as well as those for training and support for young people, and have greater protection against a conflict with a partner or counterpart from any EU country.

Current relations between Andorra and the European Union are close and fruitful, but they are carried out in a series of fragmented agreements and not standardized that imply a difficult management of them. In order to streamline management and deepen the free movement of people, capital, goods and services, it has been considered the most feasible option to carry out this agreement in economic and commercial terms.

The agreement will eliminate obstacles to the economic movement and give Andorra a greater voice in European decisions and instruments, while maintaining Andorran autonomy., especially in terms of taxation. In this way, it seeks to deepen the Andorran international opening, its diversification, and its renewal of the image of a tax haven that has been dragging on for so long. 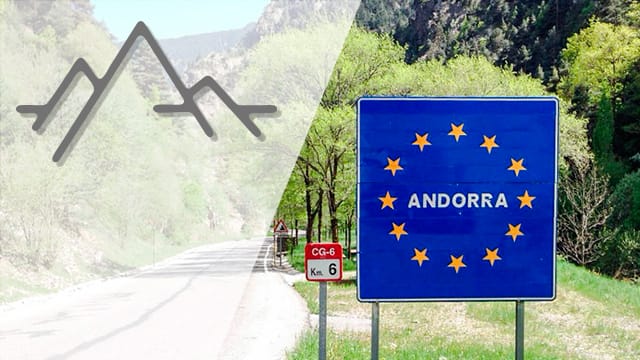