The legislation on the minimum wage, whose origins go back to the Australia and New Zealand of the 19th century, typifies a minimum wage amount that must be paid to a worker within a certain jurisdiction through a specific law for it, either monthly, daily or per hour. This law obliges the employer to pay at least this amount to all its registered workers.

​As each country or region usually establishes its own legal regulations governing the minimum wage and the way to control compliance, in this article we are going to write the one corresponding to Andorra.

In Andorra, what is related to the relations between employer and employee is written in Law 31/2018 on labor relations. This law indicates that "The fixed salary cannot be less than the base salary established by the collective agreement for each professional group, and in the absence of a collective agreement or if this issue is not regulated, the minimum interprofessional salary."

This minimum interprofessional salary is regulated in article 73 of this same legislation, according to which "it is the remuneration that the company must compulsorily pay the salaried person in all cases, even in contracts in which a salary per unit has been agreed of work or a mixed salary ».

On the other hand, it is established that "the Government will set periodically, at least once a year, the minimum interprofessional wage." This is done through Decrees published in the BOPA (Official Gazette of the Principality of Andorra) published approximately mid-November of the previous year.

In this way, any salaried person over 15 years of age must be remunerated with the salary established by said decrees. In addition, minors who are 15 years old cannot carry out any work activity during the school period and can only work during school vacation periods up to a maximum of two months per calendar year, provided that they enjoy at least one month of vacation school in summer and half of the school holidays during the rest of the year.

A year ago they were collected in the Decree of 10-21-2020 published in the BOPA and explained in their respective informative circular. According to these documents for said year, the minimum interprofessional hourly wage is increased by 3.5% with effect from January 1, 2021, resulting in the following amounts and maximum hours:

This salary continues to agree, therefore, approximately with what we concluded was the minimum necessary to live in Andorra according to the cost of living of the country itself. We hope that the article has been of interest to you, thank you very much for your attention. You can read more about the minimum wage each year in the CASS page (Andorran Social Security Fund).

Minimum wage in Andorra in 2022, update

As well collected by Europa Press in its April 27 article Y May 11Finally, the Government of Andorra has once again raised the minimum wage in the face of rising inflation to 1.201,2€, a 3.6% from the €1,157.87 it had been until then and which means an increase of more than 7% since the beginning of 2022. This minimum wage is applicable from May 1, 2022 and the objective of the Andorran Government is to reach 60% of the average salary, which is what the Council of Europe marks.

The measure has been framed within the «Actions to improve the purchasing power of citizens» due to current inflation levels, which are skyrocketing. In this package there are other measures such as the obligation for employers to apply the increase of 3.3% corresponding to the CPI to all those salaries that have not been increased voluntarily between the minimum and the average salary (27,130.44 euros per year). 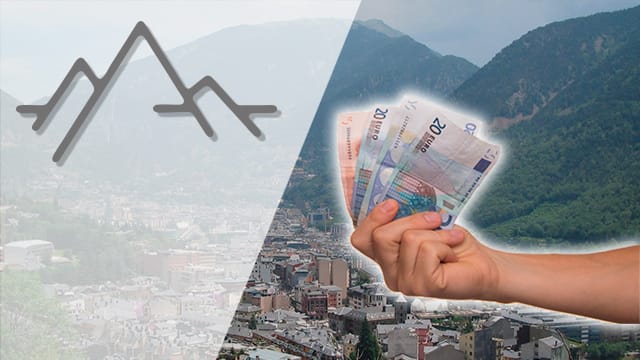