One of the questions that a person usually asks when deciding to settle, settle, move or reside in another country is how much does it cost to live there or what is your cost of living. When thinking if live in AndorraThis question is even more important due to the peculiarities of this destination country. Despite having tremendously attractive taxationIt would be of little use if you could not buy products at an affordable price.

Although we have already concluded in another article what The minimum cost of living necessary for a minimum acceptable life in Andorra is around €1,200 per month for a single person (€14,000 per year) and that the largest item in the budget is housing rental, it is equally important to list the usual cost of a series of basic goods and services in the Principality. That is just going to be the purpose of this article. It should be noted that these same conclusions were those that were deduced in the Government of Andorra and for 2018, as they published in a press release in December of that year.

During the last four years, due to the inflation that Andorra has also suffered and the rent increase, Probably the minimum cost of living has increased towards €1,500 per month (about 18,000-20,000 per year). We are talking, of course, about the minimum expenses so that a single person can lead a dignified life.

In any case, before we begin, we must take into account that Andorra is essentially a commercial and tourist country. Being Andorra famous in the past for skiing and tobacco and alcohol purchases (today it is much more than that) and currently for tourism and shopping in general, it seems quite obvious that prices are generally lower than in neighboring countries. If they weren't, there would be no point in shopping. However, certain types of products are priced lower than others. That is to say, the cost of living is not homogeneous.

The cost of the Principality's restaurants is like in all other countries: there is variety and it depends on the place and type of services you choose. Even so, we have prepared a table with the most standardized consumer prices.

The cost of the food basket when living in Andorra is usually more or less the same as in Spain, because the VAT on basic products is small and there is not much difference between one country and another. Furthermore, Andorra generally imports these products from Spain and France, with which it is quite plausible that the cost of living is similar in terms of food basket.

Also, if you are going to make a very large purchase, there is the possibility of going down to the first town in Spain after the Andorran border, La Seu d'Urgell, and buy at the Mercadona located in said urbanization and ask for the DIVA digital certificate to do a "tax free", and then digitally seal said certificate at the border. Thus, you can buy without VAT in a supermarket as affordable as Mercadona and at the same time to reduce the cost of living in Andorra. You can go in your own vehicle and, failing that, there is a bus at a cost of €3.5.

Thus, we can conclude that a common food basket for a person who makes all meals at home contributes to the cost of living in approximately €200-300 per month, also according to the food preferences of each one.

Tobacco and alcohol have in Andorra a considerably lower cost than in neighboring countriesBecause they usually load these products with taxes, fees and premiums that reach between 60% and 80% of the final amount of the product.

In general, transport does not represent a large amount in the cost of living of the Principality. Gasoline and diesel they are very affordable in Andorra compared to Spain and France despite the rise in the price of gasoline. However, the price varies according to the price of the crude oil itself. You can see a fairly recent update here. Cars, in general, are also usually cheaper than in neighboring countries. The Andorran bus is a little expensiveThat is why people who use it daily when living in the country buy the monthly subscription.

One of the items with the highest cost of living in Andorra is the rental of housing. However, rents in cities like Madrid (+20%) or Barcelona (+23%) are much higher in this regard. Even so, despite the cost, homes and houses are usually very well treated and well renovated, so that although it is difficult to find affordable housing, the houses for rent are of excellent quality.

You can read in more depth about the price of apartments in Andorra to buy, as well as the average rent and other interesting information in this link. The rent has skyrocketed in a way never seen in recent years due to the fact that there are almost no homes to rent. This is because many people have come to reside in the Principality, the strangulation of supply and abusive regulations.

In addition, there are a few points to note:

In general, clothing and footwear are usually considerably cheaper than in Spainnot to mention already in France. In fact, the multinational stores such as Pull & amp; Bear, Zara, h & amp; m, Stradivarius, etc. They put on their label the price of the same garment in Spain and the price in Andorra, to encourage the customer to buy there because it is cheaper. All garments have a price between 5% and 10% lower without counting offers, which make it even cheaper. This is due to the cost of indirect taxes that brands are saved.

If we have previously mentioned rent as one of the things that most influences the cost of living in Andorra, medicines and in general health spending are the opposite. That is why in the Principality there are many pharmacies: because they are profitable. We already have in another article how the laudable Andorran health system works, ranked as the best in the world according to many rankings. But it is also that, without taking into account the Social Security subsidy, the cost of previous health is very affordable, and that of hygiene more or less the same, although to a lesser extent.

The prices of leisure and entertainment, as well as sports, are similar to those in Spain. In sports there is quite a variety and it depends on where you go, you will find some prices or others. Depending on one's preferences, one has a cost of living or another.

Electronics, from household appliances to mobile phones and tablets to smart TVs and computers and other hi-tech products have been and continue to be one of the top sellers in Andorra. This is because these products usually have a price quite lowered in the Principality compared to surrounding countries from which its tourism comes, being the price differential between 10% up to a 40% on some specific devices. Therefore, electronics does not place a great burden on the cost of living compared to the surrounding countries.

Also, items that are not allowed in other CEC countries (such as tasers, extendable batons, pepper sprays and car antirradares) they are for sale legally and freely in Andorra, at many points of sale along the famous "shopping street".

On home appliances, you can compare prices for example in Andorra Free Market in Andorra la Vella, a company in charge of distributing, installing and maintaining household appliances, among other things. You will find that the vast majority if not all are reduced in price compared to other platforms, with some discounts being more than relevant.

As for devices such as mobile phones and tablets and everything in general, you can take a look at Andorra 2000, also in Andorra la Vella. A supermarket that is much more than a supermarket, and with very attractive prices. Anyway, if the amount of the technological product is very large, surely what interests you most is buying it from Amazon or another e-commerce platform that is willing to do the tax free or, even better, to sell you the product without VAT. So, the product will have a 21% discount. In the future we will write an article about shopping in Andorra.

So for a single person who rents home alone, the cost of living in Andorra monthly would be approximately the following:

Finally we remember that in Abast we provide the necessary services to settle in Andorra, either with a business or simply as a natural person. We offer professional tax, legal and accounting services to solve your particular case in the way that best suits you and process only what is necessary, such as helping you with things such as finding a home, support for the compliance bank, and guide you in the day to day of the country.

We know Andorra and how it works like the back of our hands and we are experts both nationally and internationally. You can contact us here, and can also read the main advantages of the Principality of Andorra here, as well as other of our articles. 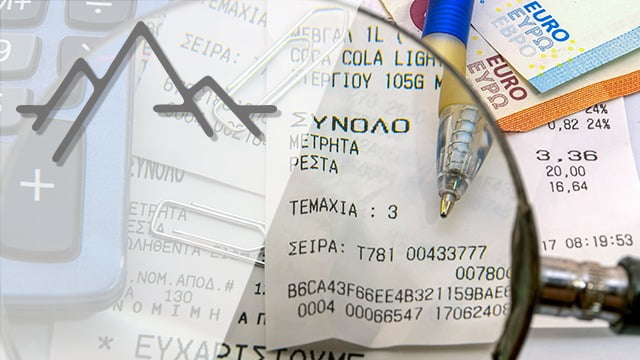