The King of Spain visits Andorra for the first time

The days 25 and 26 of March of this year 2021 were programmed so that King Felipe VI of Spain and Queen Letizia will visit the Principality of Andorra like the first monarchs to do so. A peculiar visit that has become quite viral, since despite the proximity, no Spanish head of state had previously visited the country.

Although this was a pending historical task, has now been held in March on the occasion of the XXVII Ibero-American Summit of Heads of State and Government, which after being delayed due to the covid-19 pandemic, will be held this April 21 in the Principality of Andorra. And it is that the kings usually visit the countries in which this event takes place beforehand.

The state visit takes place one day after Princess Leonor's first solo speech on the anniversary of the Instituto Cervantes, with the company of Foreign Minister Arancha González Laya. It also had two parts: a first day with a more institutional character meeting with the principal authorities of the Principality, and a second more social and cultural.

The itinerary of the visit

Thus, the Kings were received little on the afternoon of Thursday 25 at the Casa de la Vall, seat of the Andorran Parliament which is one of the oldest in Europe, for the two co-princes of Andorra: the Bishop of La Seu de Urgell, Monsignor Joan Enric Vives, and Patrick Strzoda, the representative of the French President Emmanuel Macron. There, Don Felipe and Doña Letizia greeted the presidents of the five parliamentary groups of the Consell General and their president, Roser Suñé, in addition to sign in the Honor Book. After that, they went to the headquarters of the Comú, the Andorra City Council, where they were attended by the major consul, Conxita Marsol, and the minor consul, David Astrié.

The King exchanged views at the headquarters of the Government also with the head of Government, Xavier Espot, after lunch. Both accompanied by the Spanish Minister of Foreign Affairs, Arancha González Laya, who assists the Kings on the trip, the head of Casa Rel, Jaime Alfonsín, the Spanish ambassador to Andorra, Àngel Ros, and the King's diplomatic adviser, Alfonos Sanz Portolés.

The day ended with a new meeting of the Kings with the co-princes (Strzoda on behalf of Macron), who then offered a official dinner in his honor, in which both Felipe VI and Queen Letizia spoke a few words, both alone.

The day of Friday the 26th, of a more cultural and social nature, started with a visit to the Spanish school María Moliner, one of the six centers in which Teaching is taught in Spanish in the principality. The Kings were received here by the Foreign Ministers, María Ubach, and of Education, Ester Viarrubla, as well as by the Spanish Ambassador and the Minister of Education of Spain in Andorra, Yolanda Varela.

Also visited the church of Santa Coloma and toured its museum, which contains several rehabilitated pre-Romanesque frescoes. After lunch at the invitation of the head of government Xavier Espot in the town of Ordino, they finished this first official visit to the country at the Casa d'Areny Plandolit Museum, also in Ordino, which collects samples of traditional life in the Principality. They thus completed their first official visit to the country.

The great transformation of Andorra

At the gates of the Comú and asked about the prejudices that Andorra can still arouse despite the fact that ten years ago it stopped being a tax haven, Espot said that Andorra is no longer what it used to be: «Andorra has made a huge transformation in the last ten years. It has gone from being a country closed to foreign investment, in which there was no direct taxation and there was banking secrecy, and we have completely turned this country around in ten years. "

He recalled in this regard that Andorra now has "a homologated and approved tax system", and that it is "fully cooperative in matters of tax information." However, he has also admitted that "obviously prejudice costs a lot to remove." Finally he has stood out before the Spanish journalists the «historical» importance of the visit of the Kings, which "is one more, but very significant example of the excellent bilateral relations" between the two countries.

And it is that we already spoke at the time of the enormous transformation assumed by the Principality of Andorra in the last ten years, and in which they continue to deepen. We also provide extensive information on Andorran taxes and we have remarked that the country is not on any list of tax havens of any national or supranational institution. However, prejudices will survive, especially after the BPA crisis.

A peculiar visit for the covid-19 pandemic

It had been a year since the Kings had not left Spain, since Due to the pandemic, the health situation caused and mobility restrictions, they could not do their representation work. The only exception to this was the solidarity trip of Queen Letizia in March 2020 to Honduras, where she delivered humanitarian aid and transferred Spanish empathy to Hondurans affected by the passage of two hurricanes through the country.

Neither could the Kings organize the traditional meeting with the Spanish community residing in the country they visit, as is usual, due to such restrictions and the pandemic. In the case of Andorra, there are approximately 27,000 Spaniards living in this country. This event has been replaced by a visit to the María Moliner center and a meeting with the Spanish educational work team in Andorra.

Relations between Andorra and Spain

Despite the incessant controversy over the youtubers and Andorra, as the last one brought about by the establishment of El Rubius in the country, and even despite the fact that the Government of Spain itself intends to undermine them, relations between Andorra and Spain are very good and are getting better and better. This constitutes yet another proof that a country should not be confused with its government, which is always intrusive and does not represent the same, despite claiming such legitimacy.

The head of Government of Andorra, Xavier Espot, has described the first official visit of the Kings of Spain to Andorra as "a real success", and that it has arrived at "an optimal, opportune moment" because culminates a work carried out in recent decades to strengthen cooperation and the ties between the two countries. The Kings have taken real and first-hand knowledge of the Principality, visiting its main institutions and getting to know better its traditions, culture, gastronomy and obviously education.

Despite the intentions of the Spanish government, the truth is that they can do little to undermine bilateral relations between the Principality and Spain. The multiple international jurisprudence agreements, As the double taxation agreement, the automatic exchange of tax information or the social Security among many others, they imply the null power at the national level to affect cooperation between the two.

As Espot himself said, the "witch hunt" starts from a false premise based on prejudice. He also remarked that people who come to live in Andorra not only choose the country because it has a competitive tax framework, but because of other issues such as security, both physical and legal. He made it clear that it is simplifying to say that it is only to save taxes and recalled that other States of the European Union also take advantage of their tax framework, implying that each country exploits and makes use of its attractions in the best way to prosper. 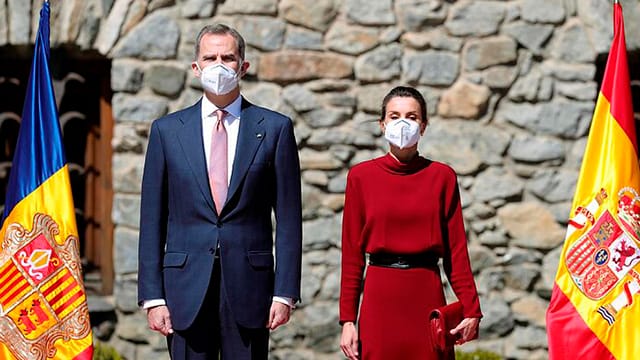 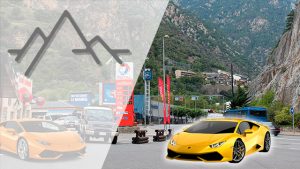