In previous articles we explained how the Andorran social security or Caixa Andorrana de Seguretat Social (CASS), as well as from the healthcare in Andorra, where we explain that it is a copayment system where the CASS takes care of most of the costs (66%, 75%, 90% or 100%) while the user must pay the rest out of your own pocket when accessing conventional services through the preferential route or 33% and 40% when accessing non-conventional services or through the non-preferential route (we recommend reading the articles cited).

That is why many people Andorran resident who does not want to be part of a co-payment system, hire an Andorran private insurance to be covered with the 100% and have "free" health for practical purposes. On the other hand, as we mentioned in our articles on the ways of living in Andorra and about the Andorran residence permits, passive residents can take out private health, disability and old-age insurance and not pay contributions to the CASS.

This is due to the fact that this passive residence permit authorizes them to reside but not to work in the Principality, and therefore they do not carry out economic activity, which is the requirement that obliges them to contribute. Thus, in this article we are going to deal with these two types Health insurance: CASS complementary insurance and private insurance for passive residents for those who have residence and live in Andorra.

Operation of the CASS and complementary insurance

In order to fully understand the operation of complementary insurance, it is first necessary to fully understand the operation of the CASS in health matters. As we explained in our article on health, Andorran social security generally covers 66%, 75% or 90% for health expenses according to the type of services received. However, this only occurs when healthcare is accessed through the preferential route, that is, through the referring doctor or general practitioner, as we discussed in the article itself. In case of not accessing through the preferential route, the CASS penalizes the user paying only the 33% or the 40%.

As well, complementary insurances in general usually act as if the preferential route was always followed, in such a way that if the CASS pays a certain monetary amount, the insurance pays the part corresponding to the 10%, 25% or 33% depending on the service that has been accessed. For example, if a medical visit is accessed through the preferential route and the cost is €100 to simplify, the CASS pays €75 and therefore the insurance, knowing that the service is a medical visit, calculates that it must return to the user a third of what the CASS pays, that is, the remaining 25%, which is €25. Thus, the cost borne by the user is €0.

However, if a medical visit is accessed through a non-preferential route (for example, to a specialist directly) with a value of €100, the CASS only pays 33% of the costs (€33) and the insurance, knowing that it is a The medical visit service calculates and pays a third of what is paid by the CASS to make the remaining 25% (€11), so that the cost borne by the CASS and the insurance is a total of €44 and the user must bear 56 € (that is, 56%) of the total healthcare costs. Because It is important that any service is requested through the preferential route if it is not covered by the non-preferential route..

It should be noted that the operation of complementary insurance is such because it is automatic. When the CASS receives an order or notification of reimbursement of a health service, the insurer is automatically notified so that it pays its corresponding part. Therefore, With the use of healthcare in Andorra, the amounts are charged automatically without having to do any paperwork, since when registering the insurance policy, a procedure is carried out in the CASS so that it works automatically.

The exceptions to this occur when the CASS is not notified of the health expenditure incurred. And this occurs in Emergency services, since the user directly pays only the part that corresponds to him and, as the CASS does not have to pay any reimbursement, he is not notified. Therefore In the Emergency room, you do have to deliver the bill and the discharge report to the insurer to make the refund. As we will see in the next section, this is what makes the bureaucracy in healthcare abroad burdensome, since it does not work automatically because it is carried out outside the CASS system.

The problem comes with health care in Spain, France or Portugal. Andorra has social security agreements with those countries, so that carrying the CASS vacation health leaflet in Spain a CASS contributor has medical coverage. However, when accessing a visit or medical consultation in these countries, it is accessed without going through the preferential route, since the general practitioner is in Andorra, with which the CASS applies the penalties corresponding to the non-preferential route and the insurer also in the way we have seen in the previous paragraph.

In this procedure accidents and emergencies are excepted, which, as we already indicated in our article on health, imply access by the preferential route and therefore if with the CASS flyer in hand we access medical emergencies in Spain, France or Portugal, the CASS pays its corresponding part and the insurer pays for it. yours, therefore being covered at 100% of health costs.

However, it should be noted that, if the invoiced amount is not very large, since the process is carried out outside the CASS system first the user is billed the 100% of the expenses and then, when he returns to Andorra, with all the documentation in hand, he must go to the CASS and the insurer personally so that, after all the pertinent bureaucracy and surely after two or three months, the health expenses incurred will be reimbursed.

If the amount is very large, on the other hand, the health center in question initially contacts the CASS by phone or others to solve it directly and in this way everything is done automatically and the user does not have to bear the health costs assumed. In general, it is this bureaucracy, together with the greater freedom of doctors and other services, that makes for extended CASS complementary insurance, as we will see later.

Due to this bureaucratic and cumbersome process of obtaining medical assistance abroad, there are insurance policies that offer additional services to the basic complement of the CASS, including direct assistance in the so-called medical chart of the insurer. This medical chart consists of the insurer in question having agreed on a series of centers, clinics and health professionals that can be accessed only and simply with the card of the insurance company, leaving everything covered directly.

Each insurer has its own particular medical chart and the objective is to avoid this bureaucracy for the client, thus being able to directly access the health services they need.

This type of insurance, as its name suggests, acts as complementary to the medical coverage offered by the CASS. Although as we will see each insurance of the different companies is different, in general the operation is that for each monetary unit that the CASS pays the user for a certain service, the insurer contributes the corresponding percentage to the type of service that, in the preferential route and in Andorra, would cover up to 100% of the medical costs incurred, as mentioned above.

As we can see, there is a wide range to choose from and, although they are all quite similar, they differ in some details between them, from the price to certain services. In general, The first thing they should think about if they are going to reside in Andorra actively and contribute to the CASS is if they want a basic supplement insurance (whose cost is usually around €40 per month) or extended insurance, with a medical team abroad to avoid bureaucracy and to be able to choose more prestigious specialists (with insurance that usually costs around €80 per month). From there it is already to compare the different types of insurance and choose the most convenient.

If you want to have assistance obtaining information and comparing the different insurances of the different companies or simply do not want to waste so much time looking at and comparing information, we recommend using the TotSegur insurance comparator, the Andorran insurance comparator, where they will guide you correctly through different insurances, explaining how they work and they will process everything necessary for the policy automatically.

As we said before, holders of a passive or non-lucrative residence permit in Andorra must have sickness, disability and old age insurance in accordance with the requirement of article 3 of the Regulation that develops the Law of Passive Residences (BOPA no. 32/1997) to be able to establish themselves in the country as such. That is why insurance companies offer specific products for this type of person, which is precisely established by Andorran legislation as such, and which serve to demonstrate that they are covered and thus be able to obtain the passive residence.

This type of product, therefore, is thinking for people who do not contribute to the Andorran social security (to the CASS) and therefore do not have, in principle, any health coverage in Andorra. In addition, as passive residence is generally designed for people who often travel, they also include travel assistance and worldwide medical coverage, as well as a comprehensive and varied medical chart.

The most basic operation of this type of insurance is that they reimburse the services consumed according to the CASS rates. In order for a certain center, service or professional to be granted through the Andorran social security as agreed, it must subscribe to a series of conditions and requirements, among which are a series of rates to which professionals must apply for each specific service. granted.

Well, insurance for basic passive residents works paying the 100% of the health cost equivalent to the CASS rate for the specific health service that has been undertaken. For example, if a medical visit is made with a CASS rate of €100 and the cost of the contracted service is €120, the insurer would cover the €100 corresponding to the CASS rate for that specific service.

In practice what this means is that The user of this type of private insurance has health coverage in a similar way to people who contribute to the CASS and have contracted complementary insurance to the CASS. Of course, they also have some additional services and there are extended insurances for those people who require more coverage, but the most basic operation is the one explained so far.

Finally and again, we recommend in case of confusion go to the TotSegur insurance comparator for passive residence insurance as well, since there they will be able to advise and guide you in some different insurances and better explain their operation as well as process everything necessary for the policy, so that later on they can if they want to go on their own and under their own information.

We remember that In our office we are specialized in the establishment of entrepreneurs and people with large capital and businesses in the Principality of Andorra, and we have the best experts to establish yourself by setting up a company or processing a passive residence, including global tax advice. You can contact us athere and tell us about your case. 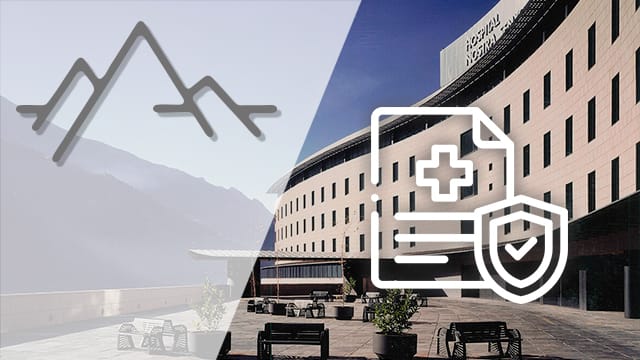