Who does Andorra belong to? Spain or France?

One of the questions that many people ask is what is Andorra, if it is a country or not and if it belongs to someone or some other country, as well as if so, which country does it belong to, where is it or where it is, etc. That is why in this article we have proposed to answer this question by breaking it down into small basic questions. So we started.

Table of Contents Hide index
1 Where is Andorra?
2 Is Andorra a country?
3 The origin of Andorra
4 Is Andorra from the European Union?
5 Does Andorra use the euro as its currency?
6 Is Spanish spoken in Andorra?

Many people on the internet wonder where Andorra is. The territory of Andorra is in Europe, located in the neck of the Iberian Peninsula, right in the heart of the Cordillera de los Pyrenees between France and Spain, bordering both countries with which it shares borders and a highway that crosses the country from northeast to south. Specifically from Tolouse and the French Catalan Pyrenees in the south of France to Lleida, in the north of Catalonia, next to the Cadí-Moixeró Natural Park. Andorra is also quite close to Barcelona.

Is Andorra a country?

Yes, Andorra is a country, and it is not Catalonia. The territory of Andorra is governed by a parliamentary co-principal, whose representation is divided into the so-called co-princes of Andorra, who act as heads of state. These are the bishop of Urgel and the president of France, and in a similar way to Spain, they reign but do not govern, and their functions are basically reduced to those of representativeness in the country's foreign relations. El bisbado de Urgel is a diocese of the Catholic Church, subordinate to the Archdiocese of Tarragona. Therefore Andorra is not from Spain and neither is it part of that country.

That is why it is such a confessional state and where religion is so unfounded. Therefore, the Principality of Andorra constitutes a independent state, which forms a legal and democratic jurisdiction based on the 1993 Constitution, Magna Carta of the country. The head of the Government is the President of the Government and he is the one who proposes the laws to the General Council of Andorra.

The origin of Andorra

As we told in our article on the history of the Principality of Andorra, the origin of the independent country dates back to 788 AD when Charlemagne, after invading and consolidating the territory, granted his protection to Andorra and declared it a sovereign people, leaving administrative rights such as tithes in charge of the bishops of Urgel.

After multiple conflicts and feudal agreements in medieval times, the territory became a co-estate between the Bishop of Urgel and the Count of Foix who, when he acquired the title of King of Navarre and France, there were nobility and title transfers. the lordship acquires the rank of co-principal, being also the titles united in such a way that successive French heads of state are also co-princes of Andorra next to the bishop of Urgel.

Is Andorra from the European Union?

When someone wonders if Andorra belongs to the European Union, they must think that the country has only recently opened itself abroad as an opaque and isolationist tax haven, as we said in our article on the transformation of Andorra. At that time it left the tax havens lists of the EU and the OECD and made numerous agreements with international organizations and independent European countries.

So that, No, Andorra is not and is not part of the European UnionSince, according to them, "the EU institutions are currently not adapted to the accession of these small countries". But nevertheless, Since the 90's he has been this co-principle approaching positions and reaching agreements constantly:

Andorra continues on its course of opening up internationally and attracting financial capital through legal security. For example, recently Andorra became the nth member country. IMF 190. You can read more about relations between Andorra and the European Union in this article, where we analyze the association agreement that is being developed between both entities.

Does Andorra use the euro as its currency?

Yes, Andorra uses and mints euro coins despite not being in the EU. The Principality of Andorra has never had its own official currency in all its history. Until the introduction in 2002 of the euro as a currency in Europe and its circulation in Spain and France Andorra was limited to using the French franc and the Spanish peseta. Then Andorra also adopted the euro as its currency but without legal recognition. It was decided this way because of its proximity to Spain and France and the amount of commercial transactions it had with them. However, it was not allowed to mint its own euro coins.

In 2004, Andorra began to negotiate with the European Union a treaty with which to be able to use the euro officially, despite not being a member country of the Union. After obtaining the approval of the Council of the European Union, the signature arrived in 2011 and entered into force in 2012. Ethe euro became the official currency of Andorra Furthermore, it was able to mint its own euro coins from 2015, since in December 2014 the first euro coin issue took place in Andorra.

Is Spanish spoken in Andorra?

Yes, Spanish is spoken in Andorra. Although the official language is Catalan, in Andorra the Spanish, French and Portuguese due to its huge immigrant past and present. In addition, of the three above, the most widely used by far is Spanish. In general, the languages spoken correspond to their inhabitants: approximately half are Andorran, a third Spanish, 15% Portuguese and 7% French.

In addition, they exist in Andorra three educational models: Andorran, Spanish and French, in such a way that there is no major problem in educational terms in this sense. 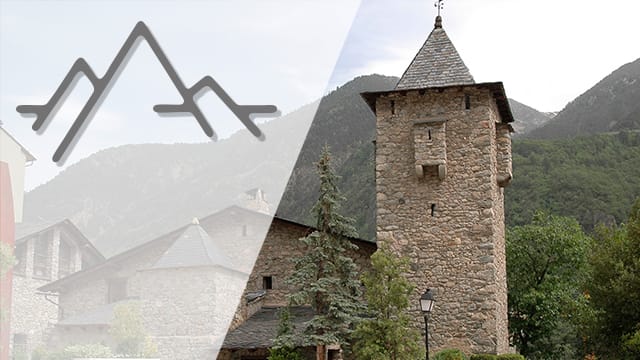