Although in Spain public debt is often referred to as a structural problem, in Andorra it is a milder problem and, in addition, its expectations for the future are to improve a lot. Although Andorran politicians, like any other in that profession, like to spend taxpayer money where they see fit, they know that there is a limit, that a future return on investment should be expected and that from a point on, a lot of debt can be completely unsustainable.

In addition, as Andorra is not and has never been integrated into the European Union, its financing possibilities have always been limited and its public debt has normally been marked with a relatively lower note than the neighboring countries, which has indirectly caused that the state has to be responsible for its finances and accounting as any ordinary citizen does.

Thus, if we refer to latest statistical report prepared and published by the department of the Government of Andorra, we can see that the microstate has been reducing the level of public debt measured steadily in recent years, from 1.04 billion euros in 2016 to 997 million in 2019. Measured on the Gross Domestic Product (GDP), the reduction is even more relevant, going from 39.8% of GDP in 2016 to 35.4% in 2019. All in addition to maintaining a fiscal pressure of 25% during the four years analyzed.

Therefore, even considering that obviously for the years 2020, 2021 and thereafter, the public debt will skyrocket, it is far from reaching dangerous levels such as that forecast for Spain, of 125% of GDP. In this way the small country of the Pyrenees will have margin to face the health and economic crises caused by covid-19 without jeopardizing your financial solvency.

This fact is safer taking into account, as we have mentioned, the expectations of future economic growth in Andorra. For example, in a presentation by the Minister of Presidency, Economy and Business of the Government of Andorra Jordi Gallardo Fernández, it is calculated that the monetary amount of foreign investment made during the first six months of 2021 amounted to 444 million, a figure more than double that of the previous year, 2019, when 189 million were invested in the same period.

Similarly, taking into account the number of applications submitted, they went from 276 in 2019 to 535 in 2021, which represents an average investment volume of more than € 800,000 per application. This shows that, before the controversy and viralization due to the establishment of El Rubius in Andorra and the worse expectations that are foreseen for Spain in the coming years, Andorra is very likely to attract capital and companies from these countries that may relocate.

As we commented in our articles about the telecommuting and the digital entrepreneurs, the SARS-COV-2 coronavirus pandemic has led and accelerated the digitization of businesses and jobs and Andorra is a very good jurisdiction for those who carry out their economic activity virtually and remotely, without depending on a specific physical location. Thus, this would be yet another reason to support Andorra's expectations of future prosperity and therefore its financial solvency.

Finally, it is worth mentioning the Horizon 23 Plan of the Government of Andorra, which contains the measures to be implemented for the post-pandemic scenario of the Andorran government, as a continuation of the transformation that Andorra is carrying out for more than a decade, which also marks the future economic directions of Andorra as a tourist, rural and natural, digitized, modern country and that supports the most cutting-edge technology and innovation sectors, also reinforcing sports, mountain, leisure and entertainment and shopping tourism.

Entry into the IMF

As we commented in its day, Andorra joined the International Monetary Fund (IMF) as a 190 member in October of last year. Since then, the entity and the Government have held several meetings with public and private actors in the country in order to gather information and issue a report, called Article IV, which is made periodically to all members of the Fund and which has been submitted to the approval of the Executive Board of the entity.

Jover highlighted that The IMF values very positively the crisis management carried out in the Principality but they have also referred to the economic measures implemented by the Executive, which have helped reduce the negative effects of the pandemic for the economy and the good prospects for recovery for the country. For example, Mitra has highlighted that the IMF recommends creating more reserves abroad that should reach 12% of GDP. Currently Andorra already has a 2% thanks to the deposits of the Principality in the IMF.

On the other hand too the importance of publishing statistics in accordance with international standards is recognized. In this sense, it is pointed out that great progress is being made in the development of more complete data on the Andorran economy to improve monitoring and supervision. The fact is that Joining the IMF provides Andorra with greater confidence at the international level and therefore the ability to finance itself more and cheaper, thus allowing an easier recovery and without undermining your financial solvency.

An example of the effect of the aforementioned was the placement of public debt on April 28 of this year. The Minister of Finance and Government Spokesperson, Eric Jover, and the Secretary of State for International Financial Affairs, Marco Ballesta, presented the result of the international issuance of green, social and sustainable bonds, which opened at 9 a.m. and closed with the placement of the entire issue of 500 million euros. It was the first international broadcast of Andorra, and it was possible to materialize thanks to the international homologation That has been done from the Government as the accession to the International Monetary Fund (IMF) in October 2020.

This issue of 500 million euros placed It is not only the first to be carried out internationally, but also the one with the highest volume that Andorra has ever made.. The nominal value of the institutional bonds of said public debt is 100,000 euros with an interest rate of 1,25% and a maturity of 10 years. In addition, it was an inaugural issue that allowed us to meet many investors who will surely be able to interact more times in the future with the Andorran economy, which saw its debt diversified and better structured (average maturity went from 2.2 years to 5.1 years).

On Monday July 19, 2021, the international agency Standard & Poors (S&P) reaffirmed in a published note Andorra's rating at "BBB / A-2" and maintained the stable outlook of the country. The rating agency stressed that the evaluation of the Principality of Andorra takes into account its own "expectation of an economic rebound after the temporary economic shock caused by the pandemic." In fact, Standard & Poors foresees, after the recession caused by the pandemic in 2020, "a solid economic recovery during 2021 to 2024".

Thus, despite the drop in GDP of 11.8% in 2020, Standard & Poors considers that pre-pandemic 'strong surpluses' and debt relief provided authorities with sufficient scope to take measures to support the economy throughout the pandemic and manage the consequences derived from the health situation. "Andorra's solid budgetary position before the onset of the pandemic has allowed the Government to cushion the adverse economic impact, thus avoiding a deeper and longer recession," they point out in the note.

The international agency also revealed that the Government continues to show its commitment to one of Andorra's priorities: opening the economy to foreign investors, especially highlighting the entry into the International Monetary Fund (IMF) last October as an "economic anchor point" that contributes to the economic and budgetary resilience of the country. The first issue of international public debt bonds in April was also valued positively.

In this way, as we said, despite the increase in deficits during 2020 and 2021, Andorra has secured and diversified its sources of financing. Finally, Standard & Poors encourages the Government of the Principality to reach an association agreement with the European Union, as well as continuing with the efforts made in recent years in order to adapt to international financial supervision standards.

The evaluation agency Fitch Ratings also highlighted the good trajectory that Andorra is following, reaffirming the rating of its public debt at BBB + and the stable outlook. In the note published by the agency on Friday, July 23, the evaluators foresee a recovery of Andorran GDP of 4.5% in 2021 and 5.2% in 2022, despite its sharp fall 2020 as a consequence of the pandemic, and they do mention of the progressive decrease in the country's unemployment rate.

They also highlighted the progressive recovery of the tourism sector during the second quarter of 2021, coinciding with the easing of mobility restrictions, since the same figures as the same month of 2019 were reached in June. Regarding the percentage of indebtedness with respect to GDP, the report highlights that the Andorran ratio , despite having increased, is lower than the average of the countries that the agency classifies as "BBB". This ratio is therefore expected to stabilize in 2022 and begin to gradually decrease from 2023.

Fitch Ratings highlights the policies undertaken by the Executive to accelerate the plans to expand sources of financing, also mentioning the issuance of public debt bonds and noting that access to the international capital market has helped reduce the risks of refinancing of the Government . Highlighting the task carried out by Andorra since its accession to the IMF in October 2020, obtaining the missing statistical data and publishing the balance of payments, Fitch Ratings highlights that the Andorran banking sector has sufficient margin to withstand the consequences of the pandemic. 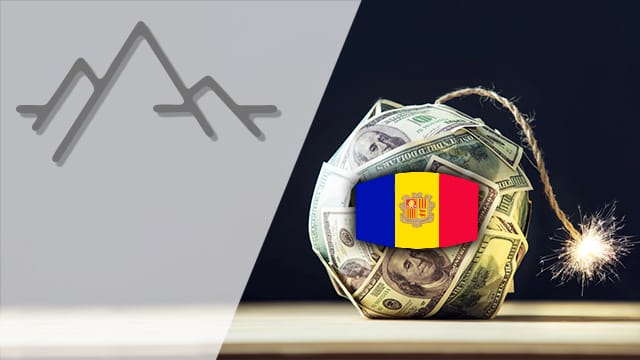 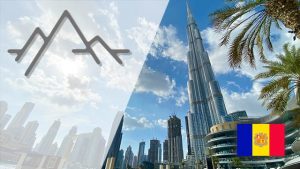