In a recent article we already explained how was the corona virus situation in Andorra. In that same article, we also mentioned that we would update the information when said situation changed, and that is the basic reason for this article. The situation of the last hours in the international field of the covid-19 also evolves the situation in the country, despite continuing to be out of alarming risk.

The WHO has already officially declared the crisis of covid-19 as a global pandemic and, together with the advance of the situation in the neighboring countries of Andorra, it has encouraged the Principality to take exceptional measures to prevent expansion.

The SAAS has isolated three people this Wednesday on suspicion. A 54-year-old woman and two 87 and 37-year-old men. At Set urged there is also a suspect admitted, a 70-year-old man. The woman tested negative for the corona virus test yesterday at noon. Andorra remains for the moment free space for community transmission awaiting the results of the three people admitted with suspected covid-19, the last one at noon.

The Government announced at the press conference post-Council of Ministers, exceptional measures to contain the expansion of covid-19, aimed above all at protecting the most vulnerable population, such as the elderly, children, and health professionals and resources.

The Head of Government, Xavier Spot, recalled that the situation is not alarming, giving a message of calm and appealing to the responsibility and common sense of people. He has clarified that they will take measures against covid-19 following the path of neighboring countries but adapted to the Andorran situation . And while she has admitted that people do not need to be in voluntary quarantine locked up at home, they should try to avoid moving to risky areas.

Much of the exceptional measures taken (those that required regulation) have been approved and published in a special BOPA. Among them, the creation of a monitoring committee stands out, which every day will analyze the situation and make the appropriate decisions. If this is not enough, the Council of Ministers will also hold extraordinary meetings to analyze them.

Regarding schoolchildren, all departures outside Andorra are canceled. The measures also contemplate how to act in nurseries and educational centers. When a child shows symptoms of covid-19 infection, their guardians should go for it and contact those responsible for health in Andorra.

All sporting events with more than 1,000 people are suspended and the movements of diplomats and public workers are also canceled.

Measures for the elderly

Have been approved restrictions on social health centers and of older people:

Health personnel must be reachable as far 8 hours from the country, the Government has decreed as exceptional measures. Congresses, training and courses for these professionals are canceled.

In addition, home and hospital confinement and its duration will be mandatory when established by the health authorities in case of suspicion.

Measures for the civilian population

Regarding the individual protection material (masks), it is established that to guarantee its availability, pharmacies must dispense it according to the instructions of the Ministry of Health. They also remember the need to contact the consular emergency telephone number if they come from any of the risk territories: +376 324 292 and call if they have any type of symptoms at 116 telephone number.

Days ago the cancellation of reservations began in hotel establishments and travel agencies. This Wednesday the employers raised the need to implement special measures in a concerned way, and today the ski resorts are doing so, after being affected by the decrease in tourism in the country they must determine what to do for the remainder of the season. The other commercial and tourist establishments are also waiting for measures.

It is still early to define the impacts that the corona virus can have on the economic sector of the Principality. Experts believe that these will be temporary and will not cause great damage, however everyone is alert. Although the sector that may suffer the most consequences is tourism, in the financial sector the situation is of total uncertainty. Experts believe that it is still early to forecast what consequences will be in the financial field, but the expansion of the corona virus on an international scale is causing declines in the economy and volatility in the markets, for example, in the stock markets.

The corona virus has been responsible for the first cultural cancellation in Andorra. The concert of the St. Martin in the Fields Academy of the Season of Andorra la Villa is suspended.
The well-known chamber orchestra has announced that it was suspending the tour due to the involvement of Covidien-19 in the countries where it had to perform.

Since the organization of the Season has communicated that the next few days the money for the tickets will be returned in the same place where they were purchased. The good news is that the concert by pianist Lang is still scheduled for March 29.

Sport is one of the areas that is being most affected by the corona virus and the measures that are being taken to combat it. Initially, the countries two professional teams, MoraBanc Andorra and FC Andorra, will not play for at least fifteen days.. They are the two most visible examples, but the list is very long and does not stop growing. The Titan Desert, where the countries citizens were to participate, is also postponed in November. The FAE board has banned all movement of runners outside Andorra. 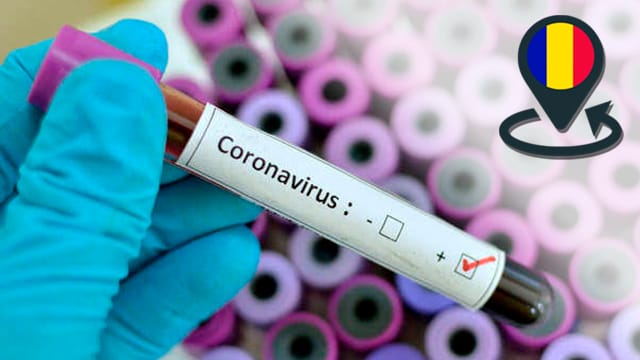 The Agreement between Andorra and the European Union

Festivities in Andorra: holidays and traditions [2021]