Andorra takes action for the Coronavirus

As we warned in our first article on this covid-19 epidemic in Andorra and in the update of the corona virus situation in the Principality, we go back to review and explain the news regarding the topic.

First positive for Coronavirus in Andorra

The 87-year-old woman who has been in isolation since this Wednesday has tested positive for Covid-19, as reported by the Government, which added that the established protocols for its treatment and isolation have been established. On the other hand, the Andorran Health Care Service (SAAS) has reported that the 54-year-old woman who was also admitted this Wednesday to the Nuestra Senora de Meritxell hospital has tested negative for the covid-19 and has been discharged.

The woman infected with the corona virus evolves very well. It seems that the contagion would have been for a trip to Into with some Italians. As a result of this contagion, the pertinent epidemiological surveys have already begun to be carried out on students and teachers and also on all the contacts that these people have been able to maintain, and the preventive home isolation of several people from their environment has been carried out.

Fifteen people are already being evaluated to rule out that they are infected with corona virus. Of the fifteen cases, six are in the hospital (three of them are over 85 but stable) and nine are at home. In Spain there are already more than 5,200 cases of covid-19 and the minister has stated that we must prepare to receive the epidemic. For this reason, the holders of Health and Finance have once again made an appeal to change social habits, not approach people who are not from the intimate environment, avoid unnecessary movements and take extreme hygiene measures.

The snow and ski season in Andorra ends

At the meeting between the CEA and the Andorran Government, the closure of the ski slopes was debated prematurely as a precaution. There, the minister explained that after having met with the representatives of the sector, they concluded that the risk of contagion to the snow is practically nil, both due to the skiers clothing, the temperature and other elements that make the contagion much more difficult.

However, finally, Ski Andorra, on behalf of all the countries ski resorts, has announced this Friday that its snow fields will remain closed starting today, March 14, due to the need to increase caution and avoid as much as possible the risk of contagion from the corona virus. The stations make the decision as a measure of responsibility and end the season with the desire to return to normal as soon as possible. As detailed through a statement“the health of our clients, workers and the population in general is above any other circumstance”. Thus, both Grandvalira, Vallnord and the cross-country ski resort Naturlandia have made the decision to close the season.

The losses that ski able domains can register are between 9 and 12 % of the season total. Temporary workers contracts will be valid until March 31. Although they must manage with the Human Resources departments the procedures to be carried out from now on. In addition, the last few days have seen very significant decreases in terms of the registration of skiers and, in this sense, the most appropriate thing was to end winter (all according to the Ski Andorra association).

Tourist farewells ahead of time

Workers in the hotel sector have not been so lucky. The cancellation of reservations for the coming weeks is on the increase and more and more hotels are forced to prepare early termination letters and terminations to reduce personnel costs.

Although the season has been very good in the sector, the corona virus pandemic could precipitate completion. Ski equipment rental stores, specialized après-ski establishments, and especially hotels and catering establishments, are concerned about the impact of the crisis on their operating accounts right at the end of the season.

Despite the uncertainty and the fact that reservations are falling, Ramos is confident that the hotels will last in March, but he does not know what will happen in April. They also explain that the main fall has been in the Russian and Italian markets, although the cancellations of Spanish clients are constant. Instead, the British market is holding. These differences make some hotels notice the crisis more than others.

As the daughter of the 87-year-old woman who has tested positive for corona virus is a teacher and her husband is also, given the high risk of community contamination, the Government has made the decision to close the Andorran high school as early as Friday. The rest of the nurseries, primary, secondary, vocational training and universities will be closed on Monday. The measure will be extended for 30 days, as indicated by the Head of Government, Xavier Spot, accompanied by the Minister of Health, Juan Martinez Benet.

In addition, the cancellation of extracurricular activities, recreational centers and school skiing has been carried out, as well as the closure of the centers for the elderly. The population over the age of 70 has been advised not to leave home if it is not for necessary reasons and it has been decided that less urgent medical visits and tests should be rescheduled.

The Minister of Health remarked that the measures that have been taken to stop or limit the activity to schools and other centers can have a positive impact, adding that they are decisions made by trying to keep the focus from spreading and protecting ourselves from new outbreaks.

Although Spot stressed that measures such as closing the borders are not on the table for now because they are disproportionate, it is a possibility that is not ruled out. With a BOPA the opening of shops has been prohibited except for food, pharmacies and gas stations under sanctions of five euros per square meter, and criminal proceedings may be applied in the event of recidivism. Establishments that offer basic products, but at the same time carry out related activities such as the cafeteria service, must also stop them.

Starting on Monday, public transport must operate at 30% of its capacity and hygiene measures will be extreme, for which the number of buses has doubled. Leisure equipment such as gyms, swimming pools, leisure centers or discotheques may not exceed a third of the capacity. In addition, it has been decided that all recreational, sports and cultural activities organized by public entities be suspended from Saturday and private ones have been recommended to follow the same line.

Some private leisure spaces, such as the Caldea leisure center, also follow the same guidelines and announced that it will remain closed due to the high risk of the corona virus spreading. As explained in the statement, the objective of the decision is to protect the health of both the centers professionals and clients, adding that maintenance will be carried out during the closure.

From the Come of Andorra la Villa it has been reported that the manor houses and the dining room service of Ex Ceylon are already closed this Friday. The users of the dining room have been offered the possibility of taking the lunch food home.

The Serra dells Sports Center, the multipurpose hall in the Peoples Square and the Juan Samara Vila Communal Stadium are also closed, except the outdoor athletics track as it is an open space. Along the same lines, all the activities carried out at the La Lacuna Cultural Center are currently canceled. All the meetings and activities scheduled in the Communal Theater, Youth La Central and in the rooms of the center that the common gives to the entities are also suspended.

The closure of all cultural centers in the country is also taking place, such as the Carmen Thyssen museum or cinemas such as Lines Ill Carlemany. Canillo has also announced that it cancels the normal operation of the Ice Palace. As for Ordino, the facilities of the Sports Center, the Manor House, the Tourist Office, the studio and the Youth Information Point will remain closed to the public.

In addition, through a statement, the Escaldes-Engordany community has reported that since this Friday the communal pool and gym, the climbing wall, the Prat Gran pavilion, the martial arts rooms, the sports facilities of the Prat Del Route and the sports schools will remain closed until further notice. The library, the CAEE, the archive, the textile workshop and the art and music school have also closed.

As for Sant Julia de Lòria, the community has communicated through social networks that the Lòria home, the Lauredian Cultural and Congress Center, the Sports Center and the Tourist Office are closing.

Along the same lines, the Encamp community has closed the Encamp sports centers and the Pas de la Casey, the Animation Loop, the youth space, the Youth Information Point, the libraries and the Casey Crisco museum, as well as The different educational, recreational, cultural and sports activities of the parish have been canceled. In addition, to avoid concentrations, the community has agreed to close the Marque Grade, the other playgrounds and public toilets.

The acts of the Constitution Day suspended

The General Council has taken the decision to suspend all acts related to the celebration of Constitution Day. This Saturday the ONCA concert will not take place, nor the Marianas nor the reception that had been scheduled for seven in the afternoon and in which the trustee, Rose Sure, had to make the traditional speech on Constitution Day. Nor will the traditional session of the General Council take place.

Likewise, all parliamentary activity is also canceled for two weeks. Only a session of the General Council would be held in the event that some legislative text would have to be approved that is necessary to deal with what should be done with the Covid-19 disease. Staff working on the General Council will continue to carry out tasks from home.

As for the traditional speech of the trustees on Constitution Day, the Sindicatura does not contemplate that this can be done. They have also advocated that citizens follow the official instructions that come through the news channels so as not to reach high levels of community transmission.

Finally, we remind you that Andorra Insiders is the most suitable platform to establish yourself in the Principality, as we offer you comprehensive support in all the things you need to live in Andorra. Since open a company by constituting a company until you find a home or premises for your business, or guide you on what life and day-to-day life is like in this country, including of course tax, legal and accounting services most professionals in all of Andorra.

If you want to reside in this pleasant Principality located in the Pyrenees between France and Spain, you can contact us by clicking here. Too we explain here why you should choose Andorra as country of residence. 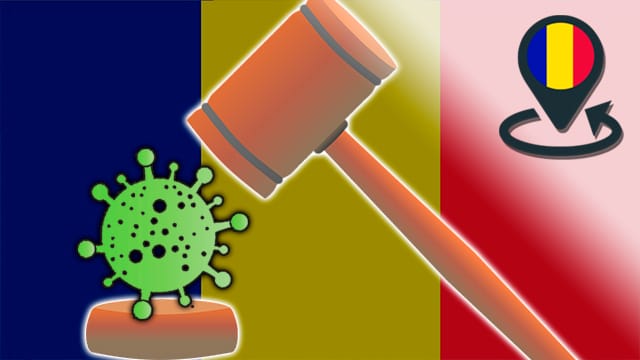 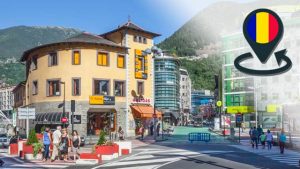 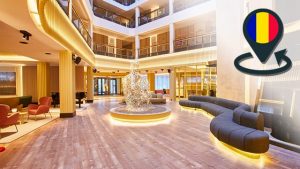