Coronavirus in Andorra in 2020

The COVID-19 epidemic, as this virulent disease has been technically called, has caught us all by surprise. At the beginning of this year, we saw what happened in China, with the containment measures taken and their consequences, as something distant. Masks on the street, all controlled and registered people, half paralyzed country, etc. “Oriental countries things” we thought. “That's the way they do, specially in Wuhan, China”.

Things changed when in late January 2020 this type of corona virus (SARS-CoV-2), supposedly of quixotic origin, began to spread throughout Europe and the United States. Now, after suffering so closely from this contagious virus, we know that it really has a greater harmful potential than suspected.

Countries with the number of cases shot up and uncontrolled, celebrities and politicians infected, the stock markets sinking in a crisis also caused by the OPEC war, tremendously drastic containment measures for the control of the corona virus such as those carried out in China or South Korea, people buying wildly and stocking out supermarkets ... It seems the world has gone a little crazy. So in this article we are going to explain some basic tips of this coronavirus pandemic and its situation in Andorra: infected, measures and possible future measures.

Table of Contents Hide index
1 What is Coronavirus and why is it dangerous?
2 Is there Coronavirus in Andorra?
2.1 Can you ski in Andorra due to the corona virus?
3 Consequences and measures in Andorra
4 In conclusion

What is Coronavirus and why is it dangerous?

Coronaviruses in general are a virus family that was discovered in the 1960s but whose origin is still unknown. Its different types cause different diseases, from a cold to a severe respiratory syndrome (a severe form of pneumonia).

Great part of corona viruses are not dangerous and they can be treated effectively. In fact, most people get a corona virus at some point in their lives, usually during childhood. Although they are more frequent in autumn or winter, they can be purchased at any time of the year.

The first cases of a new corona virus were reported in late December 2019 in the city of Wuhan, China. This corona virus ended up being called the SARS-CoV-2 virus (initially called 2019nCoV), and its disease COVID-19. Although the mortality rate is not alarming, the problem of this virus is its great contagion capacity. The new infected have not stopped increasing and their transmission from person to person has accelerated.

Wuhan corona virus has flu symptoms, being the main symptoms of his infection:

Although there is quite a variety of symptoms, this typology usually presents with cough, fever and respiratory difficulties. Pneumonia is also common.

As with the virus of the flu, the most severe symptoms (and the highest mortality) are registered both in older people and in those individuals with immunosuppression or with chronic diseases such as diabetes, some types of cancer & chronic lung disease. The most vulnerable people are the elderly.

However, containment measures are necessary to avoid saturation of the health systems of the countries and to be able to provide a medical solution to these patients with sufficient means. Do not, the world is not ending nor are we all going to die. It is simply an attempt to control the virus in order to serve all patients without lack of resources.

Is there Coronavirus in Andorra?

In February 2020 Andorra registered the supposedly first infected by this virus. It was a 20-year-old patient who had been in Milan, and was admitted to the Nora Senora Hospital in Meritxell. Nevertheless, they finally discharged him and, although the always ominous media say that it was infected, the truth is that the tests they gave him gave a negative result and, after verifying that he did not have COVID-19 disease, they released him. The media and their desire to sell.

On March 9, the Andorran SAAS announced the isolation of two new patients due to possible spread of corona virus. It was a 40-year-old man who had been in Venice and a 19-year-old boy from Milan, both residing in Andorra. At the moment, these patients remain on the second floor of the Hospital Nuestra Senora de Meritxell until obtaining the results of the tests that have already been sent to Madrid.

This implies, as the health managers in Andorra said, that the country is still in phase 1 of the virus, which means that the virus is contained and there are no cases of community transmission. It is, therefore, the lowest phase. The second phase would imply that there is some small localized focus of infections that have already occurred in the country, and the third is that of epidemic-type transmission, as in the case of influenza.

Can you ski in Andorra due to the corona virus?

Yes, you can come to ski calmly. The country is operating normally and all the ski resorts are open. Grandvalira, for example, has 203 out of 210 ski able kilometers open to the public, almost to maximums. The Caldea spa, Naturlandia and all other tourist services are also open.

Consequences and measures in Andorra

Despite having a fortunate situation in this epidemic, prevention and containment measures are being taken in Andorra. In the first place, they have recommended health professionals to avoid participating in international conferences or massive events. A measure that is explained by the will to protect professionals in the medical sector and thus avoid casualties in health centers.

Secondly, the coordination and collaboration protocols in alert situations and health emergencies were analyzed. Securing the stock of masks and other protective material for medical spaces and warning the civilian population of their misuse.

Also the Snow and Mountain Tourism Congress of Andorra has been postponed, given that increased travel restrictions from many countries and organizations, an increasing number of participants and speakers have reported the inability to join this event.

As we see, in general still little. It is also remarkable that in some establishments they have warned the population of the virus situation in the Principality of Andorra. In this sense, the Caldea Coronavirus Statement, which warns of the situation and normal operation of its facilities, appeals to the maximum hygiene of its clients and warns about the prohibition of access under possible symptoms of this disease.

Fortunately, there are no major concerns in Andorra about this pandemic. The country has barely two isolated cases of contagion and continues to function normally. Even so, certain measures have been taken and some warnings have been made of the risks that can lead to worsening the situation, although the Andorran health system is more than good enough to withstand this crisis. We will continue to report on the situation.

As always, we remember that you can contact us for more information and for tax, legal, accounting and all kinds of services by clicking here. At Andorra Insiders we offer comprehensive support to move and settle in this small country in the Pyrenees between France and Spain. From starting a business, obtaining residence in the Principality and looking for work, to looking for accommodation and guide and advice for life in Andorra. 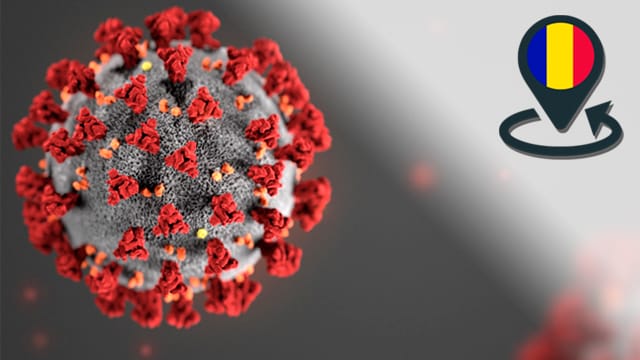 Housing in Andorra: buy or rent a property

Electricity in Andorra: price of electricity